An insurance company can only cancel your policy if you do something bad that makes you uninsurable, at least in their eyes. That is why most states allow insurance companies to cancel policies for those who fail to pay their premiums, have their driving licenses suspended, or commit fraud in their insurance applications. On the other hand, an insurer may fail to renew your policy if it winds up its business in your state, drops its auto insurance line of business, or when you do something that makes you extremely risky to insure.

Since policy cancellation only happens if you fail to adhere to your carrier's policies, it also follows that its consequences are much more serious than non-renewal of policies. Generally, it's difficult to buy coverage if your last one was canceled. Even if you find a company willing to sell you the coverage, your rates are likely to be considerably higher than pre-cancellation rates.

As for non-renewal, however, the consequences depend on what triggered it. For example, you won't see any difficulty or rate increase if your policy wasn't renewed because the carrier folded its business, but you may see a rate increase if the non-renewal was occasioned by an infraction on your part.

Non-renewal only takes place at the end of the contractual year when your policy is up for renewal. However, cancellation can occur at any time of the year. If your insurer learns that you told a material lie on your application documents, it won't wait for the renewal period to cancel your policy, it will cancel it right away.

Whether your insurer has decided not to renew your policy or to cancel it, it will have to notify you of the fact first. This is necessary to give you time to shop for new coverage since you aren't supposed to drive (even around the block) without insurance. State laws determine how much of a notice your insurance company should give you before canceling or failing to renew your coverage. However, the notification periods for non-renewal are usually shorter than those for cancellations.

Whether your policy hasn't been renewed or has been canceled, you need to move fast and buy new coverage before the existing one is actually terminated. You will probably need an insurance agent's help to help you shop for new coverage fast. Talk with a company like United Counties Insurance Group for more information. 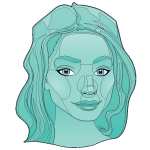